Why Your Next Lawn Should Be Artificial Turf

Artificial turf systems have come a long way since the carpet-like substances found on baseball and football fields in the early years. Advancements in turf have created an opportunity for homeowners to forego traditional grass when it comes to landscaping, saving money and promoting sustainability. Real grass lawns are an inevitable drain on resources, demanding a large amount of water usage, and constant maintenance. For those who want an environmentally friendly alternative to grass, turf has excellent home landscaping applications, and is increasingly being installed in lieu of sod. Turf systems today create lush landscapes that look fantastic all year long (and will never require a mower). If you’re looking to landscape a new home, or potentially replace an existing lawn, this primer will provide some info to keep in mind.

What is artificial turf?

Artificial turf originated in the 50s as a way to create playing surfaces that would be usable indoors, or in areas where natural grass was difficult to grow and maintain. Famously used in Houston’s Astrodome — leading people to colloquially call the surface “Astroturf”— the early versions of the turf were essentially carpet, with almost none of the look or feel of actual grass. After several iterations over 50+ years, turf has developed into a functional, low-maintenance surface that closely mimics the real thing.

The simulated grass is made up of soft polyethylene filaments that are wound into a porous backing. A thatching layer is woven in between the synthetic grass blades to create a more natural look and add support to the turf. All of this is, ideally, laid on a surface that allows for efficient drainage. To firm up the turf and keep the filaments upright, infill is added between the blades of the synthetic fibers. Previous versions of turf were mostly filled out with crumb rubber, a granulated rubber composed mostly of recycled car and truck tires. There have been several issues with crumb rubber over the years, including the fact that it retains heat too easily, and can contain heavy metals that may seep into the ground; but its usage as an infill has greatly decreased over the years as turf technology has advanced.

The majority of lawns now use a sand infill, which still helps weigh the turf down and keeps the filaments upright, but tends to not trap heat (or get all over clothes, another issue with crumb rubber), and is far more environmentally friendly. There are a few types of sand infill available, including silica sand and Durafill — now called Envirofill. Silica sand is a cheaper, quartz-based alternative, that has a jagged shape, making it slightly less forgiving on bare feet or pets. For turf that may not get much use, silica sand may in fact be the best option. Envirofill, although more expensive, has several benefits compared to regular silica infill. In addition to being much gentler than traditional silica sand, it has antimicrobial properties that inhibits the proliferation of bacteria and mold, and its round shape also helps promote proper drainage.

Today’s turf, which is considered the third generation, comes in a wide variety of lengths and colors. The main characteristics of this generation are longer filaments that are widely spaced to create a more realistic, natural feel. Artificial turf company SYNLawn offers imitations of St. Augustine, Bermuda, and Ryegrass that closely mimic the features of those real grasses. Additionally, many of the turf systems are made using UV-resistant materials that keep the color of the filaments from fading, so your lawn will look fresh and vibrant all year long.

At up to $20 per square foot, artificial turf represents a significantly larger upfront cost than sod, which costs around $.50 per square foot (though the cost of artificial turf can be decreased greatly by installing the system yourself). The expenses on the back end, however, are measurably lower, making it a worthwhile investment. It costs hundreds of dollars a year just to water a traditional grass lawn, in addition to the costs to mow, fertilize, and perform other routine maintenance. For an artificial turf lawn, the costs are generally negligible, only requiring small amounts of water, in addition to some cleaning materials and/or minerals. Overall, turf owners will likely spend less than $300 per year on maintenance. For natural grass lawn owners, costs can be more than $2,000 a year, on the low end.

An artificial turf lawn will end up covering its own cost, when compared to a natural grass lawn, after only a few years. In addition to the savings on maintenance, homeowners can recapture some of the expense of the lawn through rebates given in certain municipalities.

A major advantage of a turf lawn is the ease of maintenance compared to real grass, saving homeowners significant amounts of time and money on fertilizing, mowing, and watering. The upkeep required varies depends on factors such as existing landscaping, pet ownership, and weather conditions. Generally, though, artificial lawns require only occasional rinsing, spot cleaning, and raking.

To remove foreign objects, the easiest thing to do is carefully comb through the filaments, preferably with a plastic rake. Hosing down the turf once a week should wash away other debris and remove most odors. To thoroughly clean the lawn, use a non-abrasive cleaner, without harsh chemicals.

Even with a solid infill, and light usage, turf blades will lose their shape over time. To keep the filaments upright, and looking like live grass, use a broom with stiff bristles (though not metal ones) to brush the turf back into place. A broom is also good for brushing any errant sand infill back into the crevices of the turf.

Even with artificial turf, weeds may sprout up and require removal from time to time. Weedicides, or simply weed pulling, will work fine. Luckily, weeds are one of the only wild living things that will burrow into your turf, though, as animals such as gophers can’t make holes in the surface.

Real grass lawns require tremendous amounts of water, putting a strain on many municipalities’ already-depleted supplies. Homeowners in drought-prone areas may have extra incentive to make the switch to artificial lawns, as they can save 50+ gallons of water per square foot compared to actual sod. Additionally, turf will never require pesticides or fertilizers, which can be harmful to the environment.

By eliminating the need for mowing and trimming a grass lawn, artificial turf also removes the necessity of gas usage, and the subsequent emission of carbon into the atmosphere. Especially considering the decreased prevalence of crumb rubber as infill, artificial turf has become a far more environmentally sensitive option when it comes to the air, water, and life in our ecosystems.

Making the Switch to Turf

Artificial lawns have advanced to the point that they’re now near-perfect facsimiles of the grass lawns that have dominated landscapes for decades. These beautiful lawns can last 20+ years thanks to their durability and fade-resistance. Maintenance is extremely simple, compared to the upkeep required by grass lawns, and the environmental benefits are compelling. Overall, artificial turf is a solid option for homeowners — a gorgeous, long-lasting, and practical focal point of your home’s landscape.

There’s plenty of lawn mowing services you can call in Charlottesville. Lots of people can mow, trim and edge. But will they mow your lawn properly and with care? Will 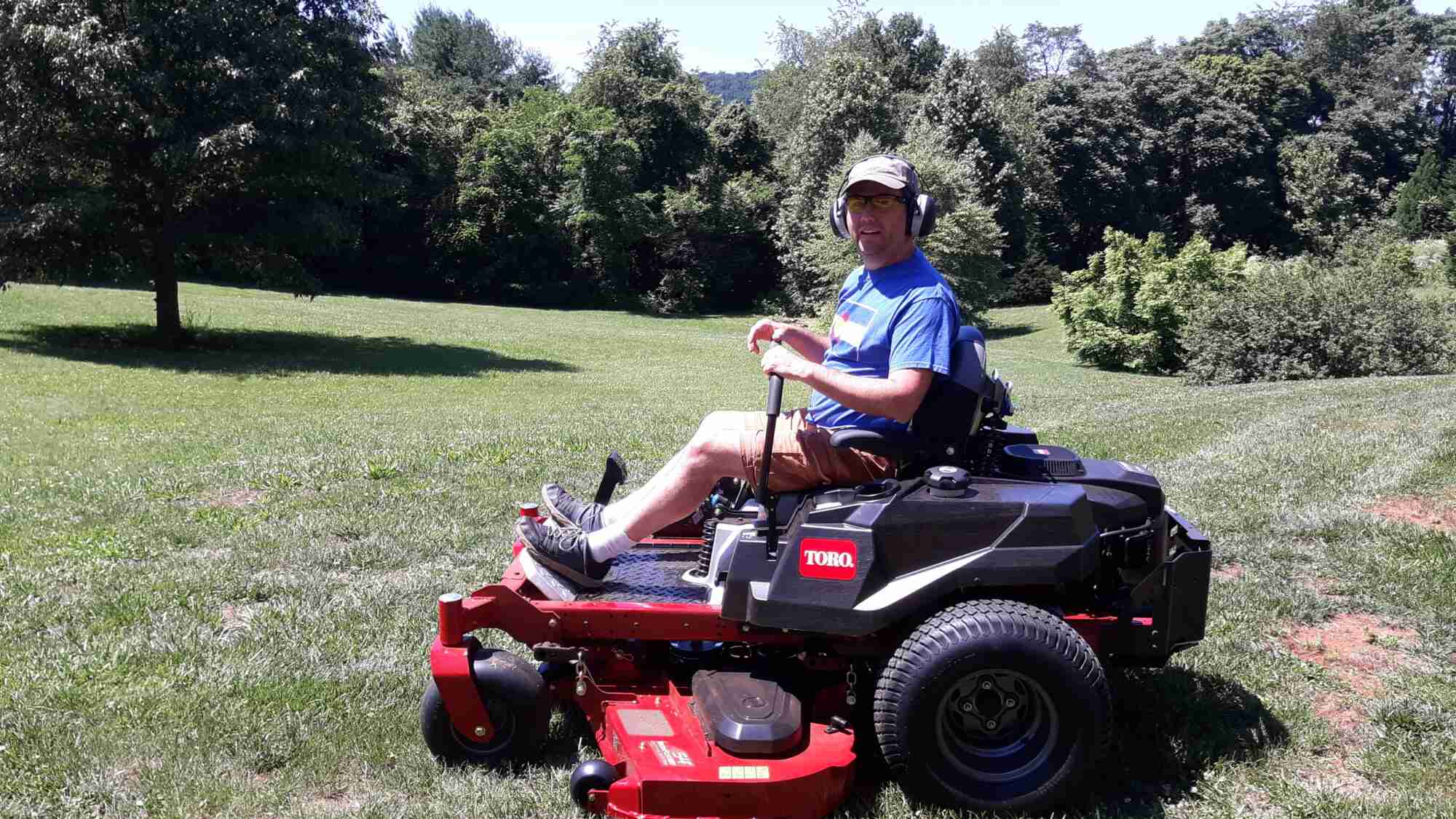 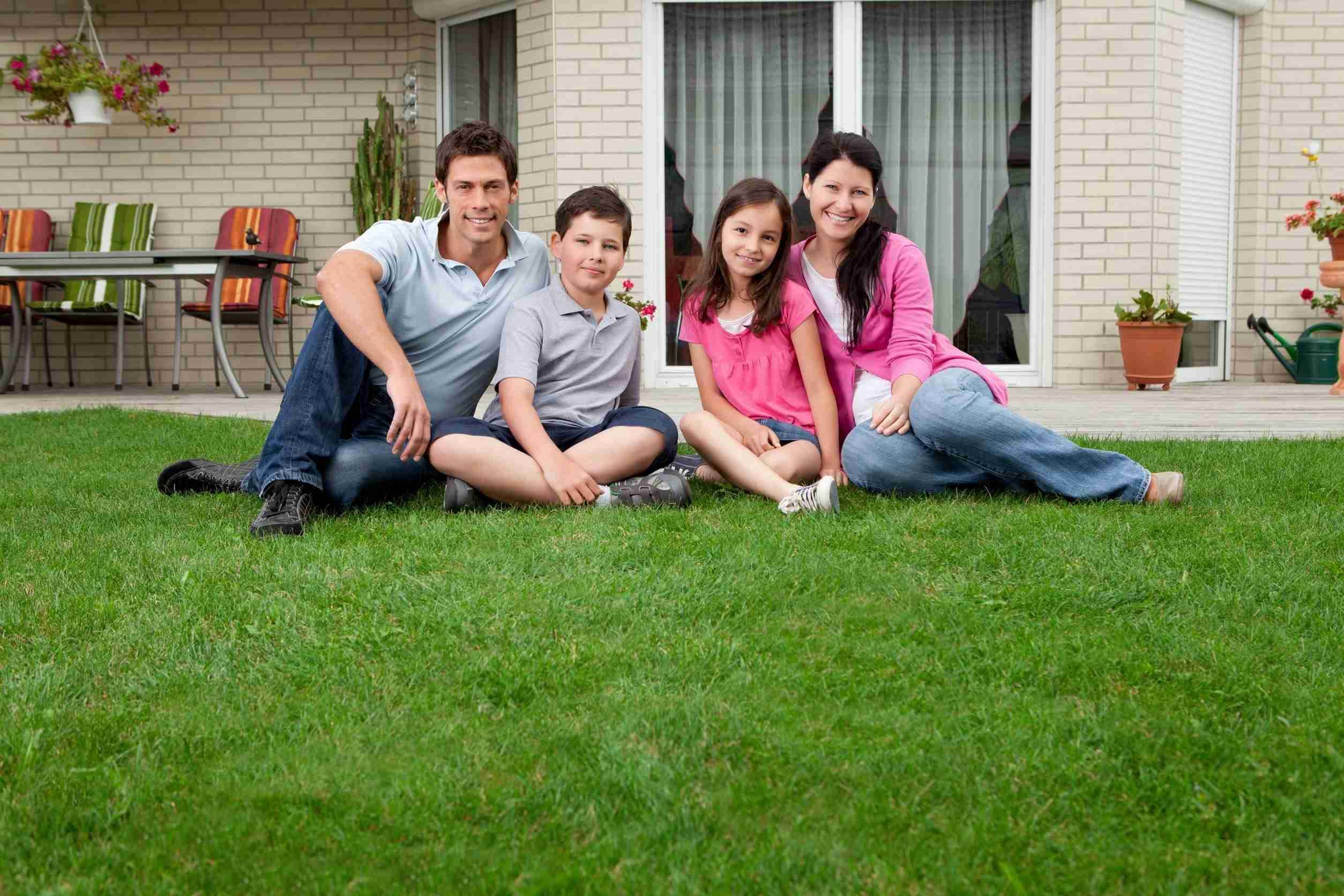 No matter where you live, taking care of your lawn can be time consuming and frustrating. Whether its aggressive weeds, too much sun, not enough sun, or a watering issue,

Occasionally we get offers from merchants that they want to test to a trial audience before releasing to the general public. Enter your email if you’d like to join this list.